Kristena launched her professional career with Cameron McCarthy in 2005 and earned her license to practice in 2012.  As a project manager, she is a highly proficient leader charged with directing our staff and coordinating with other consultants on our most complex commissions.  Areas of emphasis include streetscapes, transportation, higher education, recreation and mixed-use environments.

McAlister studied at the University of Oregon, receiving Bachelor Degrees from the School of Architecture and Allied Arts in Landscape Architecture and Art History while minoring in Fine Arts.  She followed these studies with a Master’s Degree in Landscape Architecture.  Her final project was a focused research-based study on streetscape design.  She studied abroad in Italy and Japan and has traveled to more than a dozen different countries around the world which aid in her cultural understanding of designed places.  McAlister is a member of the American Society of Landscape Architects and is a Certified Arborist.

Her prominent higher education project experience includes University Theatre, Global Scholars Hall and Zen North Park at Autzen Stadium for the University of Oregon.  On the OSU campus she has developed multiple master plans and street improvement projects including Monroe Avenue, Madison Avenue, 30th Avenue and Washington Way realignment (one mile long corridor).   She had a primary production role on the pending Oakway Center parking structure and has been in charge of all recent planting designs for this progressive Eugene lifestyle center.   Other notable projects of Kristena’s are Deskins Commons affordable housing in Newberg, the State Capitol rooftop garden in Salem, and the Baywalk in Lincoln City.

McAlister is an avid gardener and known for her planting design expertise.  She possesses a thorough understanding of horticultural and native plants of the Pacific Northwest.

Kristena grew up on the northern California coast.  From an early age she has been immersed in organized sports and has dozens of marathon and half marathon finishers medals.  Her vacations often involve spending hours each day scuba diving.  Out in the garden, out on the athletic field, underwater, or with her jogging stroller, you’ll find her outdoors, most likely in heels, rain or shine.

“The wisest and noblest teacher is nature itself.”   –Leonardo da Vinci 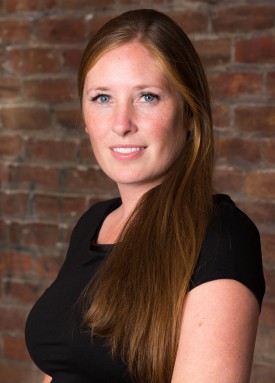 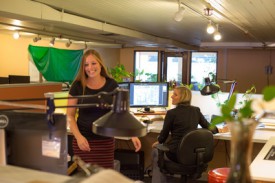